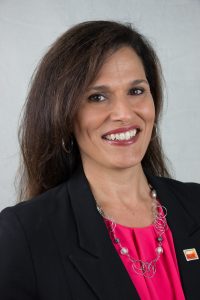 Yesenia “Jesi” Leon-Baron is a Project Coordinator with the AMBER Alert Training and Technical Assistance Program, working with its international projects and partners, as well as the Child Abduction Response Team (CART) initiative, supporting CART program development, training and certification efforts across the nation.

Prior to her current role, Jesi served AATTAP as its Region One Liaison, working with the Northeastern state AMBER Alert partners and CART program leaders.

Jesi served as a law enforcement officer in Florida from 1997 through her retirement in 2012. During her career, she was assigned to the Orlando Regional Operations Center Cyber High-Tech Crimes Squad. She was a member of the Federal Bureau of Investigations Innocent Images Task Force, investigating the online exploitation of children and a member of the Florida Internet Crimes against Children Task Force. Under her leadership as the Central Florida Child Abduction Response Team Coordinator, their greatest achievement was the recovery of Nadia Bloom in 2010. The team became the 13th in the nation and the 4th in the state of Florida to be certified.  In 2012, Jesi was awarded the State Law Enforcement Officer of the Year during the Florida Missing Children’s Day.