Rupert, Idaho, population 5,554, is an agricultural hamlet known for its charm and friendliness. The town is in an area of Southern Idaho known as Magic Valley. On the surface, Rupert would seem like an unlikely setting for a human trafficking case that sparked an intensive search crossing state borders.

During the afternoon of April 16, 2020, the Rupert Police Department received a call from a mother that her 14-year-old cognitively impaired daughter was missing. The Minidoka Sheriff’s Office sent out an Attempt To Locate (ATL) for the missing child.

Idaho State Police (ISP) Dispatcher DeLisa Orren saw the ATL and contacted Rupert police to learn more about the situation and to determine if it qualified for an AMBER Alert. Orren soon found information linking suspects associated with the incident to previous assaults and human trafficking.

Rupert Police Detective Samuel Kuoha discovered text messages indicating the child had been groomed, and was taken around 8:00 a.m. after her mother left for work.

Idaho AMBER Alert Coordinator Tanea Parmenter determined the case met AMBER Alert criteria because the victim was lured away from home and taken across state lines for the purpose of sex trafficking.

Unfortunately, it is not unique for a vulnerable child living in a small town to be enticed by traffickers through text messages or social media.  Consider these findings:

In this case, Parmenter helped the Rupert Police Department ensure the missing person record was updated in the National Crime Information Center (NCIC) and issued an AMBER Alert at 8:23 p.m. through the state’s alerting system, CodeRed. The alert was sent to law enforcement terminals, highway signs, lottery terminals, 511 information, as well as news and radio broadcasts.

The AMBER Alert brought in many tips, including information from people who knew one of the suspects. Those tips helped police obtain the suspect’s cellphone number and determine he was in California. The Wireless Emergency Alert (WEA) system was not activated because the suspect and victim were believed to be out-of-state at this point.

“We were confident we were doing all we could to help find her; however waiting to hear the outcome of the interaction with officers took quite a while and we were on pins and needles waiting for the investigation to play out,” said Parmenter.

The California Highway Patrol (CHP) contacted Rupert police officers at the request of the Idaho State Police (ISP) about issuing an alert in California. Sgt. Matt Whitworth was working that night and consulted with his on-call manager regarding the request from Idaho.

The CHP protocol requires officers to talk to the activating agency to make sure communications are established throughout the investigation. After determining the case met California’s AMBER Alert criteria, CHP issued an AMBER Alert at 9:38 p.m. for seven counties along the I-80 corridor in California.

Supervisor and California AMBER Alert Coordinator and Lead Instructor, Sergeant Ed Bertola said, “It can be tricky to activate for another state because we need to be sure it meets our criteria and there’s good evidence there’s a nexus to California, and that the victim is in our state. AMBER Alerts are most effective when you have good information to give the public and our allied agencies.”

The California AMBER Alert was sent to law enforcement, broadcasters, highway signs, lottery terminals, schools, and businesses that have agreed to post the alerts on electronic signs. By law, California must create its own flyer with information about the suspect and victim. The WEA message includes a link to Twitter with the flyer information included.

“We were just trying to think of other avenues for what we could do,” said Whitworth. “We were seriously worried about the victim.”

Meanwhile, Rupert detectives found information about a second suspect who might still be in Idaho. ISP issued a second AMBER Alert through WEA at 11:00 p.m. in several Southern Idaho counties.

Also, CHP undertook a massive search of databases to glean information about the suspect and his vehicle. They activated license plate readers in an attempt to locate the suspect’s vehicle and began tracking the suspect’s cellphone.

CHP officers from multiple areas descended on a location obtained from the cell phone ping and identified the suspect’s vehicle at a rest area in Truckee, California, at 1:04 a.m. on April 17. They called for backup and then approached an older woman inside the car who said everyone in the vehicle was part of her family.

“We were disappointed when they found the car and one of the two suspects and the victim we were looking for weren’t there,” said Whitworth. “It was devastating that this could be a false report.”

The CHP officers did not give up searching after hitting this roadblock. CHP was still receiving pings from the victim’s cell phone in that location, so they conducted an exhaustive search of the large rest area. A swift yet thorough search of the area presented challenges, including many other vehicles, large buildings, and a groundcover of new snow.

While searching the back area behind one of the buildings, an officer spotted what appeared to be a fresh set of footprints leading to a densely wooded area. They followed the footprints in the snow for about 150 yards and found the suspect and the victim hiding behind a large tree. “They had a ‘Spidey-Sense’ that something was wrong,” added Whitworth. “We are very relieved we found the victim, I definitely slept well that night.”

The suspects were arrested, and the child was placed with child protective services. Three other juveniles, who were with their non-custodial mother, were also located with the Idaho teen.

Idaho’s AMBER Alert coordinators Leila McNeill and Tanea Parmenter are grateful for the CHP’s cooperation and quick action. “We were excited to hear the victim was located safely and they were able to catch the suspects before they got too far into California,” said Parmenter. “We are also extremely fortunate to have an experienced dispatcher catch the ATL and take the time to ask questions, knowing that potential existed that this could be more than ‘just a runaway.’”

Idaho State Police Director Kedrick Wills said dispatcher DeLisa Orren’s extra efforts exemplify the agency’s goal of changing and saving lives. “The action DeLisa took that night made the difference between this girl being returned to her family and being abducted by people who could have caused her harm.”

Orren humbly dismisses any personal credit for what happened. “A successful AMBER Alert is all about teamwork,” she said. “There are no jurisdictions, diversified agencies, state borders or egos. It is all about everyone working together, doing their part, for the good of the victim. The AMBER Alert system works because of the dedication of each person to the safe rescue of the child.”

Looking back, Parmenter said training and practice helps to ensure policies and procedures are in place to support quick activation and dissemination of AMBER Alerts. A press release was sent after the alert to explain the AMBER Alert process overall, and why WEA was not used initially.

She said this case is an important example of why AMBER Alert coordinators should stay connected with coordinators in other states. “Suspects rarely stay in the same state; building a relationship with the other states assists in the quick recovery of the child and suspects.”

“We work in law enforcement because we care,” added Leila McNeil. “We strive to do all we can to help those in need during the most harrowing time a family can imagine.”

As AMBER Alerts are still relatively rare in the larger scheme of law enforcement’s work, Sgt. Whitworth noted the importance of other emergency alerts utilized in notifying the public. He said the experience gained from issuing the other alerts helps him keep up on what needs to be done to issue an effective alert.

Sgt. Bertola emphasized that AMBER Alert coordinators, law enforcement officers and telecommunicators must listen and look for indicators of sex trafficking when responding to calls/reports, because more and more often there is a connection between trafficking and missing children.

He said this case is a good example that officers should never give up—even when leads initially point to confusing or contradictory information.

“The officers could have said, ‘Good luck’ but they took the information and followed their gut and held the people for an extended period of time to figure this out,” said Bertola. “They didn’t give up on what they thought was happening. All the technology in the world doesn’t substitute for determination or good police work.”

Both Bertola and Whitworth have children, and they say that experience gives them extra motivation to find missing and abducted children.

“At the end of each alert you hug your kids differently,” said Bertola. “I’ve often tried to put myself in a victim family’s place. I couldn’t bare the loss in this type of situation.  The CHP is dedicated to do whatever we can do and develop any technology we can to make the amount of time a family is separated the shortest time possible and get every child back safely.”

“It does give extra motivation when you have kids of your own,” said Whitworth. “It’s why you sign on to do this job in the first place, because you want to help people. We want to do the right thing and do the best job we can.” 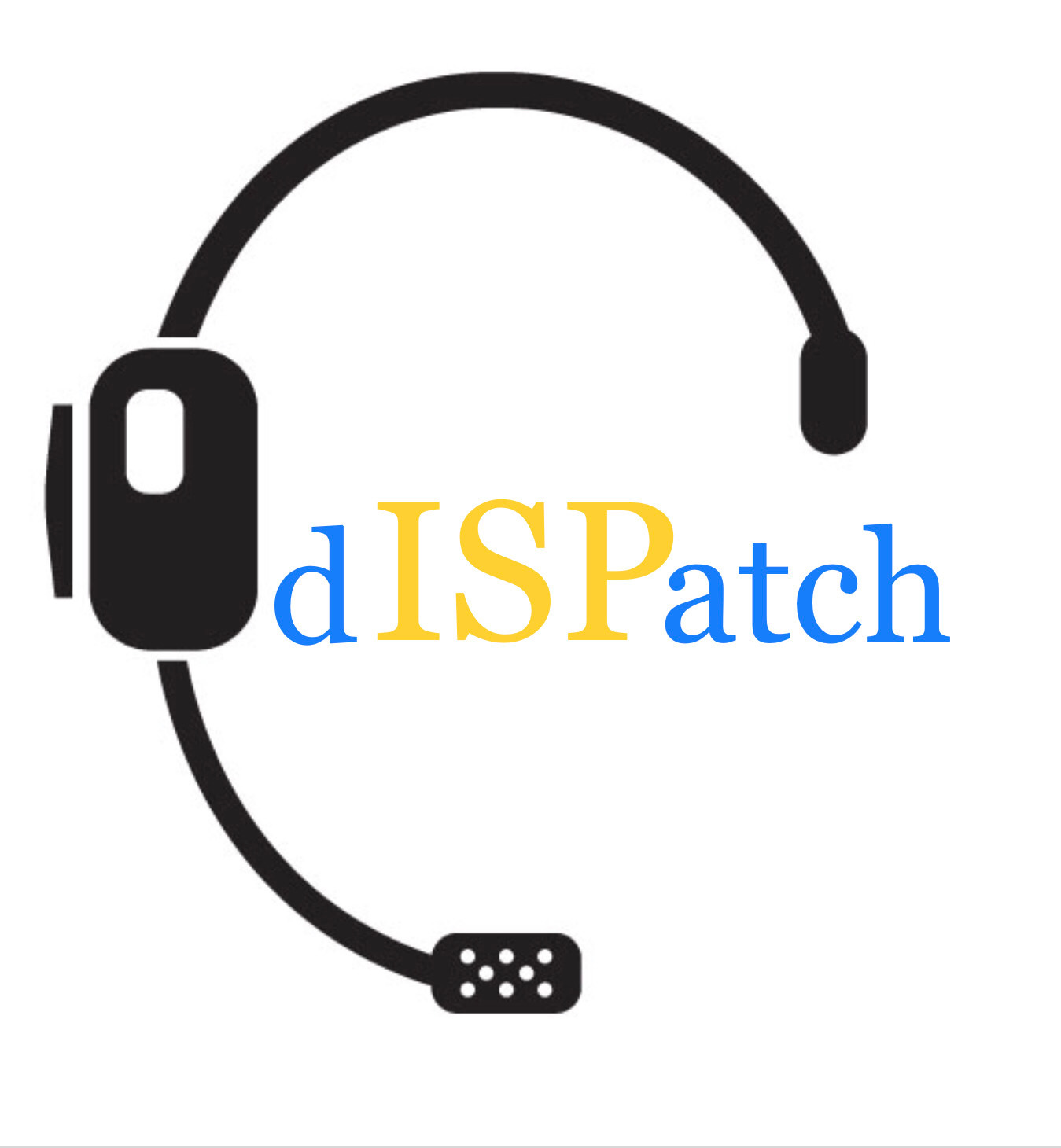 Idaho State Police Director Kedrick Wills said dispatcher DeLisa Orren’s extra efforts exemplify the agency’s goal of changing and saving lives. “The action DeLisa took that night made the difference between this girl being returned to her family and being abducted by people who could have caused her harm.” Orren humbly dismisses any personal credit for what happened. “A successful AMBER Alert is all about teamwork,” she said. “There are no jurisdictions, diversified agencies, state borders or egos. It is all about everyone working together, doing their part, for the good of the victim. The AMBER Alert system works because of the dedication of each person to the safe rescue of the child.”