The mother of one-year-old Mateo Alejandro Montufur-Barrera was pushing her son in a stroller when a man snatched the child at gunpoint. Leslie Barrera put up a fight and ripped off a piece of the abductor’s plaid shorts, and one of his red and black shoes.

The kidnapping took place at 12:33 p.m. on Saturday, August 29, 2020, in Chamblee, Georgia. The victim’s mother called the Chamblee Police Department to report the abduction. Barrera said her baby was only wearing a diaper and a Batman t-shirt and was taken in a maroon SUV or van.

“It’s an experience no parent wants to experience,” said Chamblee Police Chief Kerry Thomas. “It becomes personal. It becomes a mission to get everything we have available for a successful outcome.”

Detectives found surveillance video from the apartment complex showing the vehicle was a maroon Acura SUV with a paper dealer tag. Officers made careful note of specific details of the vehicle, searched their license plate reader (LPR) system, and found an image of the vehicle taken just before the crime; the vehicle displayed a paper tag.

Through further searches in the LPR system, earlier images of the vehicle bearing a valid metal tag were found. Although the suspects had switched to a paper tag just before the crime, the prior LPR images, some from days before, gave officers the lead they needed to identify a suspect. Police requested a helicopter to help find the SUV.

The Chamblee police officers also enlisted the help of the FBI and the Georgia Bureau of Investigations (GBI). The GBI has a partnership with the Georgia State Patrol (GSP), which handles 24-hour communications for AMBER Alert activations. An AMBER Alert was issued at approximately 3:15 p.m.

The AMBER Alert, known in Georgia as Levi’s Call, was sent to law enforcement and broadcasters. Abduction details were shared on electronic highway signs. Wireless Emergency Alerts (WEA) were sent to cellphones in the area.

GSP Trooper First Class Johnathon Nelms received a call about an AMBER Alert in the area. Nelms surveilled an address associated with the suspect’s vehicle when he saw the SUV. At the same time, Chamblee Assistant Chief Mike Beller arrived on the scene and saw the vehicle leaving the residence.

Nelms initiated a felony traffic stop. “I got out of the car, drew my service pistol and started giving commands for the driver to get out of the vehicle and get on the ground,” said Nelms.

Beller used his squad car to block the suspect from fleeing. He assisted the trooper in the arrest of an adult man and a woman who was disguised as a man.

The child was safe but was also disguised as a girl with female clothes and pigtails. Another boy, 9 years old, was also in the vehicle.

“You think the man upstairs put you in position to save that child?” a WSB-TV reporter asked Nelms. “Yes, sir I do. Without a doubt in my mind. With the good Lord’s blessing that day, everything lined up just right for the information to be passed out to the officers it needed to be given to, where that child could be returned safe.”

Maynor Dario Valera Zuniga and Kristin Nicole Valera Zuniga (Nash) were taken into custody at 5:03 p.m. and the victim was returned to his mother. The child was recovered less than two hours after the AMBER Alert was issued.

At a press conference, FBI Acting Special Agent in Charge J.C. (Chris) Hacker noted it is very rare to have a stranger abduction.

“I’ve been in law enforcement for 25 years and this is the first time I’ve personally been involved with a case like this,” said Hacker. “Because it’s so rare and significant, everything has to work out pretty much perfectly for us to have this resolution right here.”

The safe recovery was especially meaningful for Nelms because he has children, and he and his wife are about to welcome another child into the family. “I want to take my hat off to the young mother who fought like a true warrior,” said Nelms.

After the recovery, Chamblee police learned the couple scouted the area for days and chose the victim at random. They had also attempted to kidnap a child from a mother earlier the same day.

“He jumped out and challenged her with a gun, but she ran so fast into an apartment that he couldn’t tell which one she ran into,” said Beller.

However, the mother never called 911 about the attempted abduction. Police believe she did not report what happened because of the possibility of undocumented status and being afraid to contact law enforcement.

“We know some people live in the shadows,” said Beller. “We try to protect all of our citizens of this city, regardless of their immigration status.”

Beller is working with Spanish media to help find the woman in hopes she will provide enough information for additional charges to be filed for the suspects.

Georgia has issued 210 AMBER Alerts since the program’s inception in 2001. Georgia’s AMBER Alert is named Levi’s Call in honor of Levi Frady, an 11-year-old boy who was abducted on October 22, 1997, while riding his bike home. His body was found the next day in a wooded area in an adjacent county. Law enforcement continues to search for Levi’s killer. 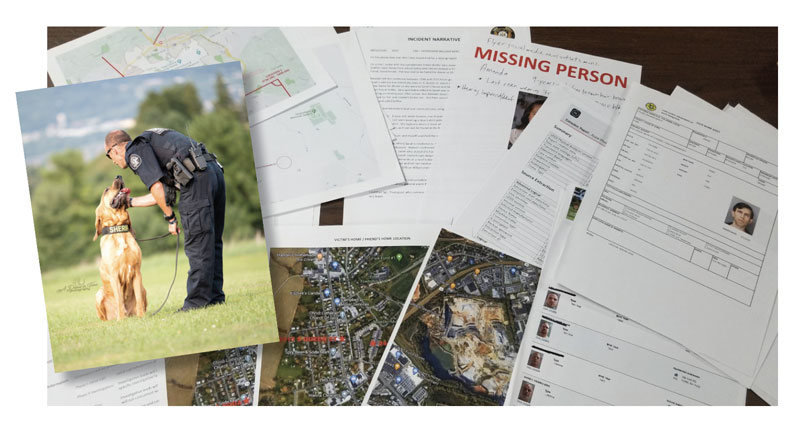 “Our best lessons learned have come from ideas and mistakes from the past,” said Lt. David Kahley, West York Borough, Pennsylvania, Police Department and CARE Team Coordinator. “We find out what works and what doesn’t work. For instance, something as simple as keeping track of our investigative tasks on a white board, so everyone knows what has been completed and what needs to be worked on. It helps the team stay on track and prevents repetitive work.”

Kahley said all members had an opportunity to weigh in and offer ideas to help with the investigation. For example, the forensic interviewer brought up the need for having an interpreter to help during the search and when the child was recovered.

CARE was organized in 2006 and was certified in November 2010 by AATTAP through the USDOJ’s Child Abduction Response Team (CART) certification program. Each new member receives CART training and additional missing person trainings from local investigators.

“After our drill, we complete an after-action report to evaluate ourselves,” said Kahley. “We’ve learned during the past couple years to take everything that worked, improve on it, and fix the things that didn’t work.”

The organization holds quarterly meetings and annual trainings, either tabletop or simulated mock drills. CARE plans to have a full-scale mock drill next year.