Thanksgiving weekend is usually the time for family reunions, but for one Houston family it involved a frantic search for a two-year-old child. During the evening of November 24, 2018, Jatavia Bookman called the Houston Police Department (HPD) to report Prentis Curtis had taken her son Jeremiah Lambert and the family’s blue Dodge Nitro without permission. 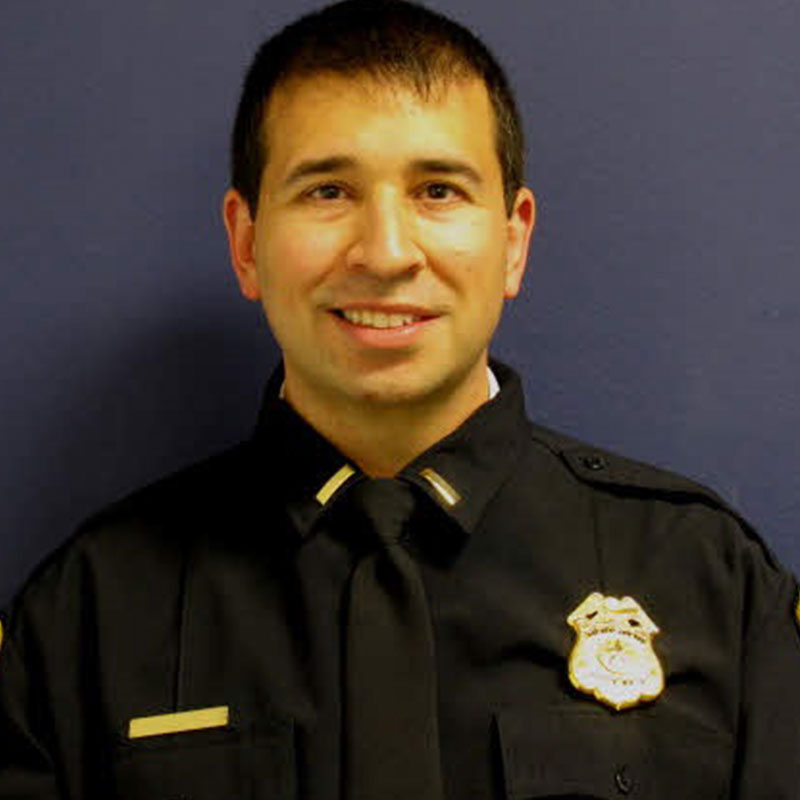 “Initially this case was treated as a missing persons case,” said HPD Homicide Lieutenant Zachary Becker.” Jeremiah’s mother did not initially consider him at risk because he was in the care of a trusted family member who was late returning home.”

That night the family started handing out fliers at the apartment to see if anyone had seen their child. The following day Jeremiah was still missing and the family called police at 12:36 pm. to request an AMBER Alert.

“The mother eventually told us the person was not an actual family member and she believed he was suicidal,” said Becker.

HPD contacted Beth Alberts, CEO of Texas Center for the Missing (TCM) and director of the Houston Regional AMBER Alert Program, at 4:36 p.m. with the request to issue an AMBER Alert. Alberts determined the case met the criteria for activation.

“The suspect was a felon out on parole and under ankle-monitoring supervision with a curfew,” said Alberts. “He violated curfew and was seen on a video in a drug-infested area after abducting the child.”

Alberts issued the alert at 4:54 p.m. by entering the information in the Houston Regional AMBER Alert online distribution system. The system sends emails to all regional media, law enforcement, transportation and individuals who sign up to receive the alert. She placed the information on Facebook and Twitter, and also contacted the FBI and the National Center for Missing and Endangered Child to send out a Wireless Emergency Alert (WEA).

A citizen saw the alert on the local news and called 911 after recognizing the suspect and vehicle. Police found Curtis and the child at a local hotel at 6:03 p.m.

“I’m grateful the system worked so well and so quickly,” said Becker. “We had the child located and recovered unharmed within about one hour.”

The family was relieved Jeremiah was safe after hours of panic and worry. “I can breathe now. I felt like I was dead out here. I couldn’t breathe. I can breathe now,” the victim’s grandmother, Avis Knox, told the local KTRK news station.

The alert was canceled at 6:26 p.m. and TCM sent an after-action report to police at 7 p.m.

“I am relieved he is safe and happy to have been a part of his recovery,” added Alberts. “I am also grateful the suspect is in custody and has been charged with kidnapping.”

HPD says having a close relationship and getting training from TCM helped in the quick recovery of the victim. The supervisor involved in this case had taken part in an AMBER Alert training for 20 new officers on November 14, just 10 day s before the event.

“Having that pre-existing relationship, along with frequent training, reduces obstacles and makes our operation function quickly and smoothly when it’s critical,” said Becker.

Even though this AMBER Alert was successful, Becker said HPD learned some valuable lessons. In examining the patrol officer’s initial interview and operating from the mother’s initial position that the child was safe, they recognized more intensive interview is needed early on in these types of cases.

“This case highlighted for us the need to have a much more thorough interview with the reporting person from the start,” he said. “Having an investigator conduct a comprehensive interview in a formal environment would likely have led to learning pertinent facts sooner and probably a quicker resolution to the entire incident.”

Alberts said this incident shows the AMBER Alert is an effective tool for finding endangered children quickly and safely, but emphasized the importance of AMBER Alert program personnel collaborating closely with the law enforcement agency handling the investigation. “True cooperation can make the difference between life and death for some of these vulnerable children.”

The Houston Regional AMBER Alert program began on December 7, 2001, and has issued 188 alerts for 228 children with a 95 percent successful recovery rate. To date, 216 children have been recovered alive, eight were recovered deceased, but were discovered more quickly because of the alert. Four children remain missing.

Everyone involved in the safe recovery of Jeremiah says they will always be motivated to do everything possible to find missing children.

“One of my favorite parts about being an AMBER Alert Coordinator is that feeling of being a part of a team of people all working toward the same goal—quickly recovering a missing child,” said Alberts. “I am incredibly proud to be involved in the AMBER Alert program.”

“Children are the most vulnerable and innocent people in our society,” concluded Becker. “Knowing how quick action can potentially prevent terrible outcomes motivates me to try to work these cases as aggressively as possible.”