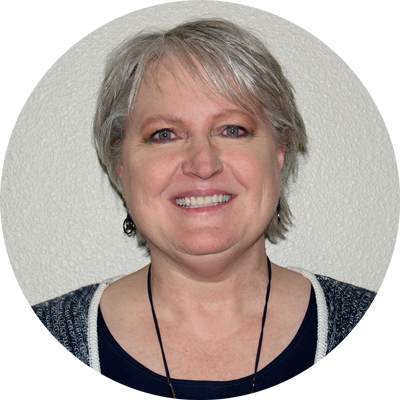 Bonnie Feller Hagan has been the South Dakota AMBER Alert Coordinator since 2016, and involved with the state’s child abduction alert program since it began in March 2003. She began her law enforcement career in 1985 as a patrol officer in Rapid City, South Dakota. A few years later, Feller Hagan became a school liaison officer, teaching programs and working with students. In 1990, she moved to Pierre, South Dakota, to join the Attorney General’s Office as a Criminal Intelligence Analyst with the Missing Person’s Clearinghouse. Feller Hagan helped South Dakota form a multi-jurisdictional Child Abduction Response Team (CART) in 2006 and an Endangered Missing Advisory program in 2008.

WHAT IS UNIQUE TO YOUR AMBER ALERT/MISSING PERSONS PROGRAM, AND WHAT DO YOU THINK MAKES IT SUCCESSFUL? Most of the functions of the South Dakota AMBER Alert and Endangered Missing Advisory programs are performed by agencies within our state government as opposed to a third-party vendor.

Our AMBER Alert system was originally set up at the direction of the Governor’s Office and we continue to function through these state agency partnerships today. Our system allows us to adapt to changing technology and other needs while keeping the costs of the program low by utilizing existing state equipment and infrastructures, and the talents of state employees. Additionally, the National Center for Missing and Exploited Children, wireless associations, and broadcast/media partners send alerts to the public without charge.

We are a small, rural state and are fortunate not to issue many alerts. We do perform quarterly tests of our system and meet frequently to ensure our AMBER Alert system is functioning properly and available when we need it. When AMBER Alerts are issued, we hold a debrief to see if any areas can be improved.

HOW HAS THE TECHNOLOGY CHANGED FOR YOUR STATE’S AMBER ALERT SYSTEM? We do most things in-house. A couple of years ago we considered utilizing a third-party vendor, but decided against it. While we will continue to consider external help/ resources, we have a good system and currently do not have to do fundraising or seek additional appropriations.

I am concerned about reaching people the way they are using technology now. We need to address the prevalence and use of streaming data/content; my kids and their peers now get most things this way. And yet, we have many rural areas and nine Indian reservations in our state where people often rely heavily on satellite radio. We will activate alerts for the reservations, but we have many people living there who may not have cable or internet services to receive those alerts. The Endangered Missing Advisories do not reach their phones. As we expand technology on one hand, we must continue to think about how we bridge the gap for people who don’t have phones, internet services, or access to radio or TV.

HOW DO YOU TEST YOUR AMBER ALERT SYSTEM? We do a quarterly test of all systems and equipment with all of our partners, including emails to every state employee.

We may only issue an AMBER Alert every 2 or 3 years. We follow each quarterly test with a meeting, testing on a Wednesday and meeting the following Tuesday.

WHAT MOTIVATES YOU TO FIND MISSING AND ABDUCTED CHILDREN? Once you meet with a family of a missing child, I think you naturally develop a passion for wanting to be part of the case’s resolution and the safe recovery of the child. The families have a lasting impact on me when they share their stories at conferences, meetings, or even through a phone call. If I can help recover a child or assist a family to find resolution to what happened to their missing loved one, it really is one of the most rewarding aspects of my law enforcement career; and for me as a person and mother.

I have a 27-year-old son who is an attorney and a 30-year-old son who is part of a team that travels around the state providing dental care to children who can’t afford it. Growing up they had a very protective mother, as I heard so many other parents share their stories.

PLEASE SHARE ABOUT YOUR MOST MEMORABLE SUCCESS STORY IN WORKING A MISSING CHILD CASE. HOW DID THE AMBER ALERT SUPPORT THE OUTCOME? WHAT WERE THE MOST IMPORTANT LESSONS LEARNED? The most memorable AMBER Alert success story we worked was a 2011 request from Iowa for a 2-year-old boy who was abducted by his father in the middle of the night after he allegedly killed the child’s mother. Local, state and federal law enforcement began monitoring roadways in the area where the suspect was believed to be.

Officers saw the father’s vehicle and began pursuing him when he refused to stop. The suspect ran a sheriff’s car off the road, causing it to roll, injuring the sheriff. The abducting father stopped long enough to remove his son from his vehicle and place him on the side of the road, and then drove off.

The child was safely recovered and other officers continued to chase the suspect. He continued down the road until he intentionally drove head-on into another sheriff’s vehicle. The crash injured that sheriff, and caused the abducting father’s car to roll and become disabled. The father tried to escape on foot, but was captured, arrested and extradited back to his home state to face charges for his crimes.

The two injured sheriffs were honored, along with a federal officer who set aside his normal duties to actively search for, locate and follow the abducting father.

While this incident was tragic, this case was most memorable because of how AMBER Alert plans in two states coordinated; and federal, state and local law enforcement agencies pulled together across state lines to save a child. Everyone involved was willing to work together and do whatever it took to get this child to safety and protect him from the life-threatening situations into which he had been placed.

HOW HAVE YOUR CAREER AND LIFE EXPERIENCES, INCLUDING YOUR WORK AS AN AMBER ALERT COORDINATOR, STRENGTHENED YOUR COMMITMENT TO HELPING ENDANGERED, MISSING AND ABDUCTED CHILDREN? I have been in law enforcement for almost 35 years and it is a challenging career choice to sustain. However, the work I do with missing persons and the AMBER Alert program has been a positive and enriching experience filled with many dedicated people who really make a difference in families’ lives. I am proud to be an AMBER Alert coordinator and I appreciate the progress the programs have made in the last 20 years to strengthen public awareness and engagement on missing children’s issues.

WHAT WOULD YOU LIKE TO SEE HAPPEN WITH YOUR AMBER ALERT PROGRAM AND RELATED PROGRAMS IN THE FUTURE? I would like to have access to expanded technology and available funding to reach more people when we send alerts. We reach people through traditional methods such as broadcast media, email, billboards, websites, weather radios and Wireless Emergency Alerts (WEA). I would like to see alerts go to smart watches, satellite radio and streaming services. I would also expand WEA for secondary alerting systems such as our Endangered Missing Advisory.

HOW HAS TRAINING HELPED YOU IN AMBER ALERT CASES? The training provided at the national AMBER Alert symposiums, missing children’s conferences and onsite technical assistance events has allowed us to bring AMBER Alert and missing and exploited persons training courses and programs to our state. This training has been invaluable to increasing knowledge and developing prevention and response techniques specific to missing children. I rely on and use resources such as the AMBER Alert Partners Portal, sample field training exercises and best practices documents.

Some of the most important aspects of training are the networking and collaborative learning I get when I meet on a regular basis with my counterparts from other states. These opportunities give us a chance to have discussions, exchange ideas and identify resources.

WHAT ADVICE WOULD YOU GIVE TO OTHER AMBER ALERT PARTNERS? Learn from each other. Go to as many trainings as you can attend. Get out of your comfort zone when you go to a training event or symposium. Sit in a different part of the room each day. Introduce yourself to many different people from other states, as well as Indian Country and international partners. Find out how they run their plans, learn about their challenges and successes. Get their contact information and give them yours. Form regional partnerships with your surrounding states and meet regularly. This is important because when you need assistance or encounter a roadblock, a bridge to a wealth of resources and knowledge will have been built.

CAN YOU SHARE A TIME WHEN IT REALLY HELPED TO KNOW OTHER COORDINATORS FROM OTHER STATES? One collaborative group I work with is the I-Search group, a consortium of Midwestern state AMBER Alert and Missing Person Clearinghouse programs. Additionally, while at the AMBER Alert in Indian Country Symposium, I met and got to know my counterparts in Wyoming and Montana. This type of networking makes everything go smoother when the phone rings for assistance, because it’s someone you have had the opportunity to meet and talk with. It is easier to take things at face value because you have a relationship with that person.