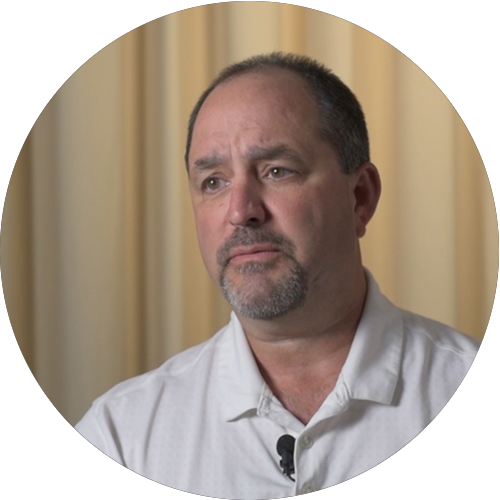 Brent Currence is the Education Coordinator for the Ohio Missing Persons Unit and serves on the Ohio AMBER Alert Steering Committee.  He is also an Associate for the National Criminal Justice Training Center of Fox Valley Technical College. Currence retired as a Trooper and helped create the screen for dispatchers and local law enforcement officers to enter an AMBER Alert into the state’s system.

How does your local AMBER Alert program work?

Local law enforcement responds to investigate, and based on the circumstances of the investigation they determine if the case meets the AMBER Alert criteria. If they know right away it is going to meet the AMBER Alert criteria, they flag the NCIC entry using the AMBER Alert code, which notifies several different agencies of the requested AMBER Alert. The Ohio State Highway Patrol, who issues the alert in our state, would call the requesting agency and make sure the criteria are met; and if so would then issue the alert. Our agency is notified and our state Child Abduction Response Team offers support services and personnel to augment the investigation.

Who are your key AMBER Alert partners and who is on your advisory committee?

Our committee is made up of many different entities including local law enforcement, police chiefs, the sheriff’s association, Ohio State Highway Patrol, Ohio Attorney General’s Office, Ohio Broadcasters Association, Ohio Department of Transportation, emergency communications, the FBI and others.

We all work very well together. That is one of the nice things about our committee, we get along very well; nobody tries to dominate the conversation. We are all working towards the same goal and work well together in addressing issues.

What are the two biggest lessons you have learned that you would want to pass on to other AMBER Alert coordinators?

The biggest thing is training. So many people change positions, especially in law enforcement; you have people coming in new, others being promoted or transferred, and this all affects knowledge and effective operations when time is of the essence in these missing child cases. It is important that local agencies know how to activate the AMBER Alert; and if they do not, they know who to call to get the process started.

Too often time is wasted just trying to figure out who issues the alert or who has what responsibility in the process. Just knowing a simple thing like ‘How do I get started?’ or ‘Who do I call to get assistance?’ can make all the difference. Training, which should include making people aware of all the resources that are out there to help them, is the most important thing. AMBER Alerts are so time-sensitive, and there are people out there willing to help in a case with an abducted child. These resources can be at the handling agency’s fingertips if they just know who to contact.

What role does social media play in AMBER Alerts in Ohio?

Social media is awesome in reaching a tremendous amount of people very quickly. We obviously use Twitter and the National Center for Missing and Exploited Children administers our Facebook page. I was recently looking at some of the people who follow us on Twitter and many of them are reporters for television and other media. One of the local reporters had 87,000 followers, so when he retweets something he is immediately reaching 87,000 people quickly. When I look at the system just around Central Ohio, with the number of reporters in that area who are retweeting an alert, they are reaching nearly 300,000 people very, very quickly.

In terms of concerns with social media, the main issue we have encountered is when an alert has been canceled yet is still being circulated on Facebook or Twitter. In those cases, we have been able to get them canceled, or to get others to stop sending the alerts fairly quickly.

What is your vision or primary goals for your AMBER Alert Program? What is next on your list?

Our primary focus of concern in issuing AMBER Alerts is technology and the software to issue them. It is expensive. It would be nice to be able to see the different systems talk to each other. When we do cross-state alerts, much of it is done by phone and we are taking time to email pictures, pass on information, etc. If there was a system that could be used by everybody that would be as simple as looking up and transferring information relating to the alert, it would save so much time, which is obviously essential in these types of cases.

The other issue is training and awareness. I worked in law enforcement for years and the agency I worked for was thankfully very big on training. I can see such huge differences in training when working with local law enforcement across the state, in terms of how agencies react to certain situations and how they do or do not prepare for these through training. Every year in Ohio our law enforcement officers are required to do various types of training, often twice a year - such as use of force training, firearms qualifications, and pursuit driving; yet AMBER Alert training is not required at least annually. I would like to see that happen.

Is there an AMBER Alert case that had a big impact on you and your Ohio AMBER Alert partners?

We had an AMBER Alert occur while we were at a conference. The alert was in Northern Ohio in a very rural community. The suspect abducted a 14-year-old girl and killed her younger brother, murdered her mother and the mother’s friend.

The agency initially requested an AMBER Alert but at the time we did not have a witnessed abduction. We require a witnessed abduction, so it took a several of us on the phone working together to be able to support the local sheriff the best we could. We ended up issuing an Endangered Missing Child Advisory and providing the sheriff with many resources. The sheriff was willing to accept the assistance and help because he had never experienced anything like this.

We were able to recover the girl safely; the suspect’s intention was to kill the child. We were able to find her alive in his basement before he was able to do that. Reflecting on that case, it was amazing how everybody worked so quickly and effectively together, because this incident spanned a large area and different entities from the county in which it occurred. The AMBER Alert helped generate a lot of tips and leads based on things the public saw. These tips led us to the suspect, allowing us to arrest him and safely recover the female child involved.