During the 2022 National AATTAP-AIIC Virtual Symposium, Lieutenant Stacie Lick of the Gloucester County, New Jersey, Prosecutor’s Office, discussed a case representing both the pinnacle of her work as the county’s CART Coordinator – and a painful test of her leadership abilities.

The case unfolded on October 20, 2012 – set to be one of most festive days in the small town of Clayton, New Jersey, 10 miles south of Philadelphia. While many in the town were cheering on Clayton High School’s afternoon homecoming game and evening dance, 12‐year‐old Autumn Pasquale was focused on outfitting the Odyssey BMX bike she had received for her 13th birthday, only nine days away.

While her family went to the game, Autumn said she would be working on her bike. But after her family returned home, Autumn was not there. Her 8 p.m. curfew passed, with no word from her. Autumn’s father, Anthony Pasquale, began calling friends to locate her, but some were at the dance, and others didn’t know her whereabouts. At 9:32 p.m. he called the Clayton Police Department to report her missing.

The responding officer visited the homecoming dance, confirming she was not there. The officer then interviewed some of Autumn’s friends. One told him that Autumn had planned to meet a guy named Justin, someone she had met online who offered to help her accessorize her bike. Friends also told police she was unhappy at home, perhaps even suicidal. Autumn and her father recently had moved into a house belonging to her father’s girlfriend and her family, with whom Autumn didn’t get along. Meanwhile, detectives pinged Autumn’s phone, which appeared to be in the vicinity of a local park. By 11:50 p.m., Autumn’s case was entered into the National Crime Information Center (NCIC) database as a missing person, with a ‘runaway’ code applied.

“There were no obvious indications that Autumn had been abducted or was in danger. Neither her bike nor other personal items were located or found abandoned, and there were no emergency calls or texts from her phone,” Lick said. “If there had been, that would have immediately changed the focus of the investigation.”

The next day, the Clayton Police Department realized they had not followed the state mandate to request a CART activation – required for any missing child under age 13.

Nevertheless, Lick and her partner Bryn Wilden began to put their CART planning work into action. “Bryn and I were tasked with creating its policies and procedures three years earlier, and were proud of what we accomplished,” Lick said. “But the CART had never been fully activated. We just kept telling ourselves we had a well thought-through plan in place, so it should work.”

The plan did work, but not without some detours and hurdles that at times struck Lick as “surreal.” Before those moments, however, 56 members of the 75-member team immediately showed up to assist. “And before long 150 officers were there. Once word went out in our county that there was a missing girl, people came from everywhere, and all wanted something to do,” she said. “That was great.”

A command post was set up, with a detective placed in charge of leads and sign-ins. The Clayton Police Department worked with the non-profit agency “A Child is Missing” to send reverse 911 calls. Lick’s team enlisted the help of parole officers who were able to search the homes of 63 sex offenders in the area (since under New Jersey’s “Megan’s Law,” offenders are on parole supervision for life, so no warrant is needed). Officers were investigating the mysterious “Justin” that Autumn was supposed to meet, and a volunteer K9 handler arrived with his bloodhound from Cape May, an hour and a half away.

Since Autumn was active on Facebook, detectives were able to access messages between her and a Justin Robinson and observed that the messages had become sexually explicit in the days leading up to Autumn’s disappearance. Had he abducted her? Or had she run away with him because she was unhappy at home?

“Autumn’s Facebook postings focused very much on her bike, while Justin’s took a more sexual tone, so she may have ignored any sixth-sense warning about meeting him. She was so proud of her bike and just wanted to modify it,” Lick said.

At the command post, a Clayton Police Detective who had been off the weekend before noticed Justin Robinson’s name on a big white Post-it note on the leads wall.

The detective mentioned that Justin’s brother, Dante, had once been arrested for sexual assault. That led the brothers to being brought to the station by their mother, and after separate interviews with them revealed suspicious answers, a search warrant was executed for the Robinson residence. There, detectives noticed a rolling recycling container had made heavy tracks as it was pulled from the boys’ home to an abandoned building next door.

Upon inspecting the bin, Autumn’s body was found; the county coroner would determine she died from blunt force trauma and strangulation. Inside the house, police discovered Autumn’s bike hidden beneath the basement stairs and her phone taped behind a toilet. In a concealed duffle bag, they found Autumn’s pants, soaked in urine, along with her shoes and a large knife.

“From the time she was reported missing to the time she was recovered, it was just over 48 hours,” Lick said. “We wish we could have found Autumn alive, but we were glad to have brought closure to the case.” Justin confessed to killing Autumn for her bike, and his brother Dante admitted assisting in the cover-up. On September 12, 2013, Justin accepted a plea deal for aggravated manslaughter and was sentenced to 17 years in prison. Dante pleaded guilty to fourth degree obstruction of justice and sentenced to 11 months in jail.

One might expect the case to have moved through closure at this point. However, Autumn’s father sued the Gloucester County Prosecutor's Office, the New Jersey State Police, and local law enforcement agencies, claiming investigators bungled the search and missed an opportunity to save his daughter. The case was later dismissed. “We couldn’t prevent the death of Autumn Pasquale because she was killed approximately six hours before she was ever reported missing,” Prosecutor Sean Dalton later stated.

“So much happened during that case that we learned from,” Lick said. “The one thing that saved us was our CART protocol. I tell everyone this: Have a CART policy and procedure in place and follow it. Because we did that, we were cleared of any wrongdoing.” 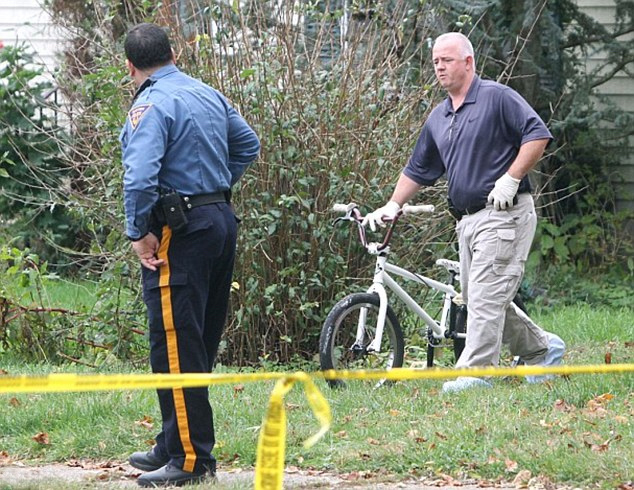