All eleven-year-old Ashlynne Mike and her nine-year-old brother Ian did was accept a ride home from their school’s bus stop in Lower Fruitlands, Arizona. When it was over, Ashlynne had been raped and murdered and her brother Ian was left wandering in the desert.

On October 27, 2017, 27-year-old Tom Begay Jr. was sentenced to life in prison without the possibility of parole for the brutal crimes that are prompting massive changes in the way child abductions are handled in Indian Country.

At the sentencing hearing, Ashlynne’s mother, Pamela Foster, spoke about the heartbreak she felt when she found out her two children were missing.

“My world spun so fast I fell to my knees and cried,” she said in court. “I prayed like I have never done before and I cried for my children and for their safety, and for some kind of clue that they would both be found unharmed and alive, and my tears have never stopped flowing since. Anger, worry and fear set in immediately, and to my heartache I watched the minutes turn into hours. We went into a panic, wondering and being frightened for the children.”

She learned that evening her son Ian was alive but Ashlynne was still missing. “Where could my precious baby be? We were full of questions that no one had answers,” said Foster. “The next afternoon our precious daughter Ashlynne’s lifeless body was found. I was devastated. How could my sweet baby be gone?”

“We are grateful he admitted to doing what he did so that we can have closure in this chapter,” said Gary Mike, Ashlynne’s father. “Tell your children you love them.”

“With everyone else in the courtroom, I cried as she spoke of the two children reaching out and touching hands; afraid and helpless,” said Walters. “The family will never be whole and the pain will never end.”

The tragedy began on May 2, 2016, when Begaye drove 45 minutes from his home to a remote area of the Navajo Reservation to watch children getting off the school bus.

After offering Ashlynne and Ian a ride home, Begaye stated that he took the children to a remote spot near Shiprock Peak; raping, beating and strangling Ashlynne, and then leaving her, still breathing, in the desert.

Begaye released Ashlynne’s brother, who walked for miles before a motorist picked him up. However the driver could not get cell phone reception in order to call 911. An AMBER Alert was not issued until the following morning.

agencies. Under current law, that funding is only available to states. This bill would provide America’s 567 federally recognized tribes with the ability to develop AMBER Alert programs with their state and regional partners.

“This tragedy reminds us that we need to do more to protect our children from predators,” said Udall. “We need to use every tool available to ensure that these appalling events do not repeat themselves.”

In 2018, the AMBER Alert Training and Technical Assistance Program will hold a series of regional training programs for tribal communities to assist in developing AMBER Alert programs and improving their ability to respond to endangered missing and abducted children.

“The tragedy of Ashlynn’s case highlights the need for comprehensive child abduction recovery plans on tribal lands,” added Walters. “No community is immune from the predators who would take a child and commit such a terrible crime. Our tribal, state, local and federal partners must work together to insure that Native American children enjoy the same protections, resources and efforts as those in the cities and counties around the country.”

Walters said what happened to Ashlynne sends a call to action to anyone involved in the AMBER Alert program, especially to those who work with Native American communities.

“We should be dedicated to making sure that communities are prepared to respond to the unimaginable and that they are equipped with the very best training and resources,” said Walters. “We should all be committed advocates for these families and their lost children; and to doing our part to help bring home the missing.” 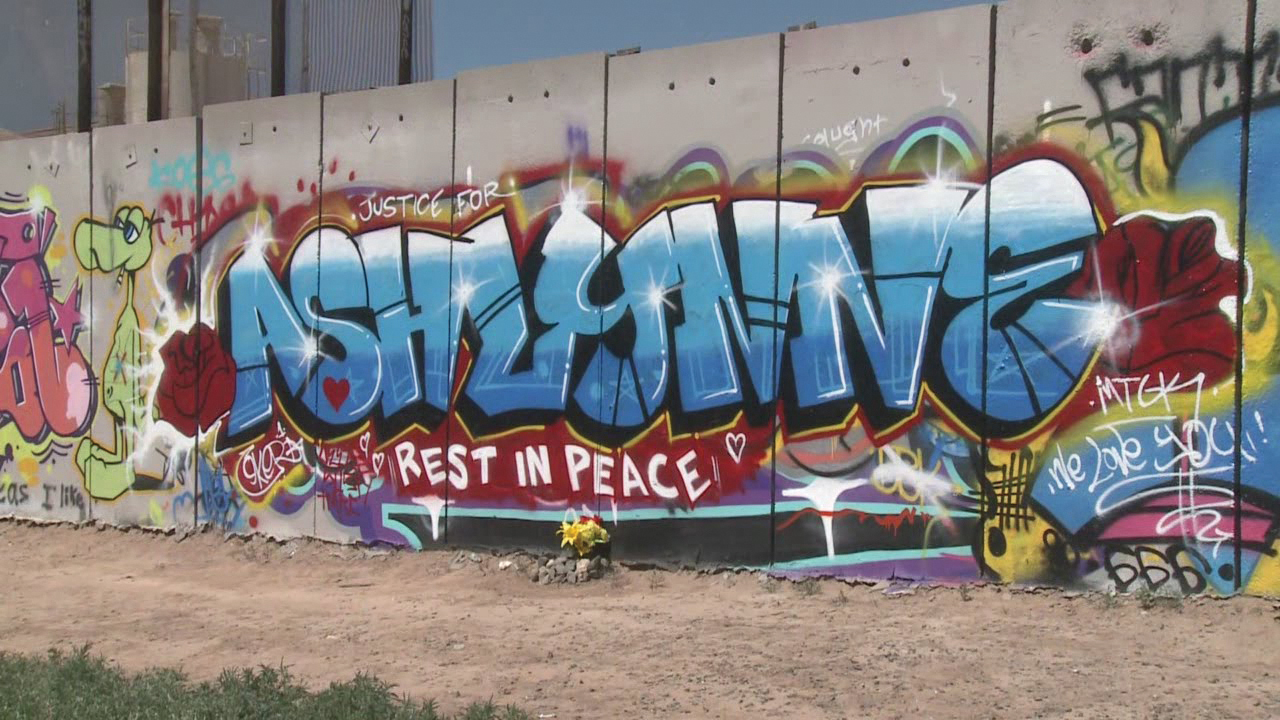 Ashlynne’s mother also has hope her daughter’s death will prevent other parents from sharing the same experience.

“This is a nightmare we can never wake from and it pangs my very soul in knowing he gratified himself in brutally assaulting my daughter,” said Foster. “This monster terrorized my angel and caused a paramount of pain upon her and it breaks my heart and angers me that the last living thing she saw was him and looking into his evil eyes.

“This monster desecrated our traditions and cares not of others and knows nothing of the value of life,” she said. “We just lost a future leader and a great one and she was to carry on our traditions.”

With resolve, Ashlynne’s mother emphasized for the judge and everyone in the court that she will still keep the traditions of beauty, balance, order and harmony practiced by the Navajo, holding life to be precious and sacred.

“Although she is no longer physically with us we thank God that a piece of her lives in all of her siblings and my hugs are just a little bit longer. As survivors no amount of justice, restitution and praying will ever bring our daughter back. Our baby is now in the spirit world never to be hurt again and by the grace of God this monster has finally admitted to his crime.”