For nearly four decades the U.S. has been recognizing National Missing Children’s Day as a way to raise awareness of missing and abducted children and to teach parents how to keep kids safe. In 1983, President Ronald Reagan proclaimed May 25 as National Missing Children’s Day, six years after Etan Patz went missing. The disappearance of the six-year-old New York City boy launched a movement to create legislation and programs to better understand the scope and scale of issues around missing children, and to respond more effectively to locate and safely recover them.

In 2001, May 25 was also recognized as International Missing Children’s Day, thanks to the efforts of the International Centre for Missing & Exploited Children (ICMEC) and the European Commission. The forget-me-not flower is recognized as the emblem for the international day.
“We remember today all missing children; those who have been recovered and reunited with their families and those who have not come home,” said Janell Rasmussen, Administrator for the AMBER Alert Training and Technical Assistance Program (AATTAP). “We honor them and their families as their fight continues, and we support and advocate for them daily as we stand side by side with them to protect, recover and reunite all children. We also honor all those who have done so much to protect children, recover the lost and prosecute the predators across the nation.”

On this year’s 38th annual National Missing Children’s Day, the U.S. Department of Justice (DOJ) recognized those who have made extraordinary efforts in protecting children from harm and bringing perpetrators to justice. While an in-person awards ceremony did not take place due to precautions around the COVID-19 pandemic, the DOJ continued its tradition of presenting law enforcement and community awards through virtual and other web platforms.

Four detectives and one sergeant of the Fresno County Sheriff’s Office’s Central California Internet Crimes Against Children (ICAC) Task Force were recognized for their joint investigation that resulted in the arrest of 34 sexual predators. The officers received the Attorney General’s Special Commendation for “Operation COVID Chatdown.” The summer 2020 campaign targeted perpetrators who sought to take advantage of the increased presence of children online during the pandemic.

“These five highly skilled and resourceful officers uncovered a well-organized and very disturbing scheme to exploit and harm children in the midst of a pandemic when young people were especially vulnerable to online predators,” said Amy Solomon, Principal Deputy Assistant Attorney General for the Department’s Office of Justice Programs.”

The DOJ also honored others for their efforts to protect children:

Click here for more details about each of the National Missing Children’s Day honorees.

ICMEC and AMBER Alert Europe, the umbrella organization for most child abduction alert systems in Europe, highlighted this year’s International Mission Children’s Day by releasing a video showing how a TikTok dance challenge is being used to educate teenagers about signs of child grooming. The viral video kicked off a global prevention campaign #CheckBeforeYouChat. A month before May 25, the song “Love Birds,” secretly containing the five stages of online grooming in its lyrics, was officially released on the popular TikTok app. Another video was released later showing the dancers standing still and revealing the true meaning behind the TikTok challenge. More information about the campaign can be found here.

AMBER Alert Europe recently released its 2020 Annual Report, which documents that 800,000 people go missing in Europe each year, with half of those missing being children. In its ongoing work, the organization reports the formation of new alliances with national police forces in Finland, Greece, Bulgaria, Croatia, Germany, Kosovo, Serbia, North-Macedonia, and Hungary; and with NGOs and child protection agencies in Greece, Albania, Israel, Portugal and Spain. Click here for the full report.

AATTAP Administrator Janell Rasmussen also used the day to discuss future activities to protect missing and abducted children. Those efforts include holding virtual meetings in 2021 to discuss strengths and challenges for all state AMBER Alert and Missing Children Clearinghouse programs. The “50 States Initiative” will include facilitated discussions with key program representatives from each state and will focus on understanding their needs around training and technical assistance which can inform and support best practices for law enforcement response and processes related to AMBER Alert and related public alerting programs.

“Each child recovered as a result of an AMBER Alert, good police work and involvement and help from the public is a success,” added Rasmussen. “We work continuously to improve our program in providing training, technical assistance and resources through the U.S. Department of Justice to help law enforcement and other child protection workers to prevent abductions and quickly recover missing children.” 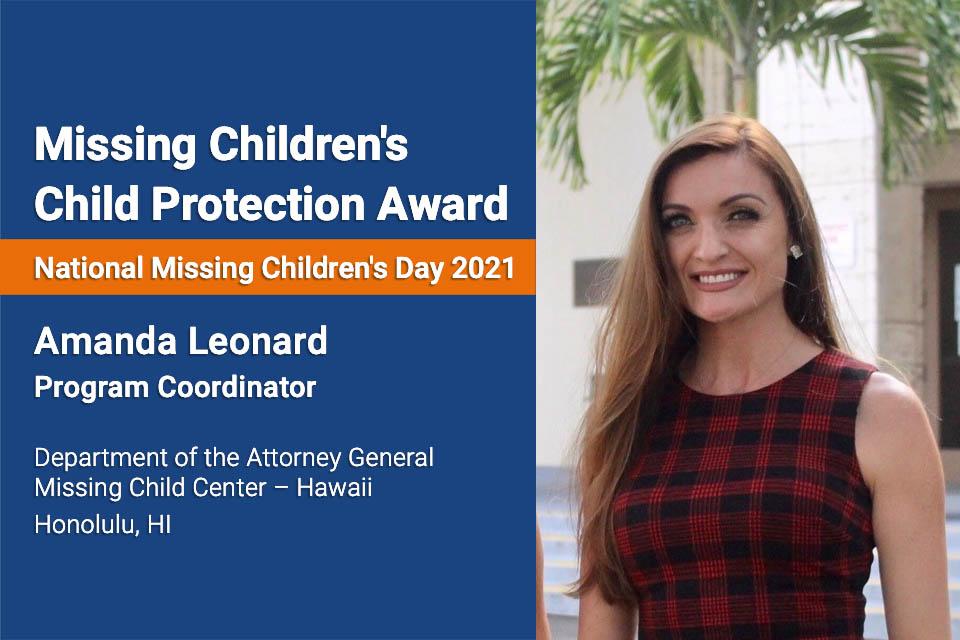 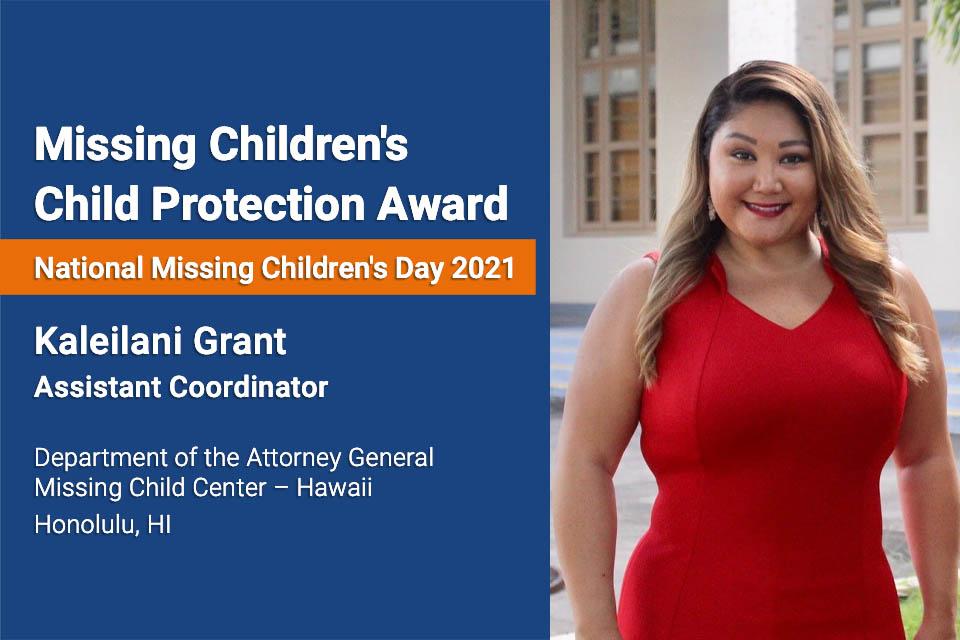 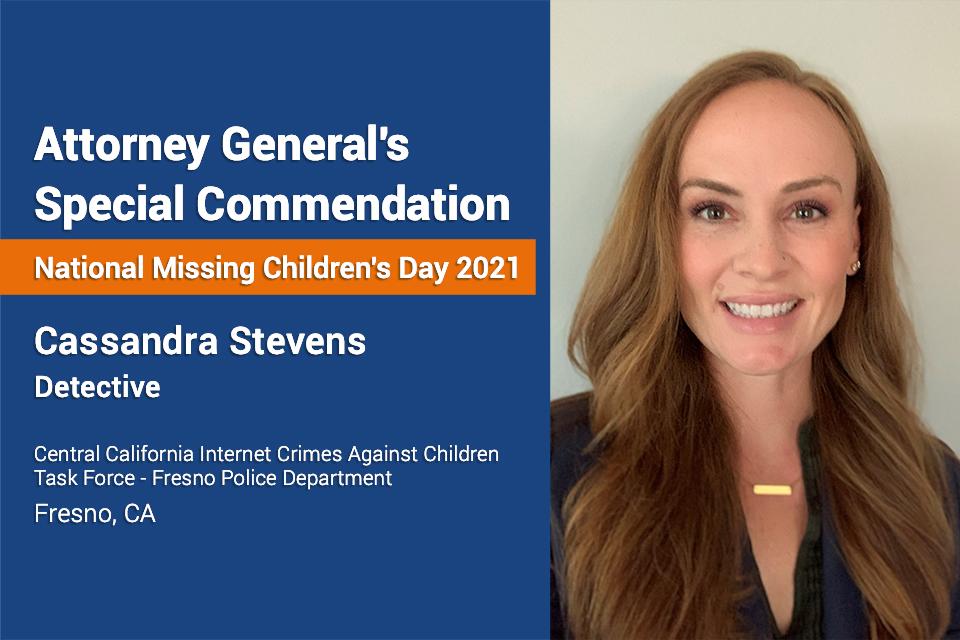 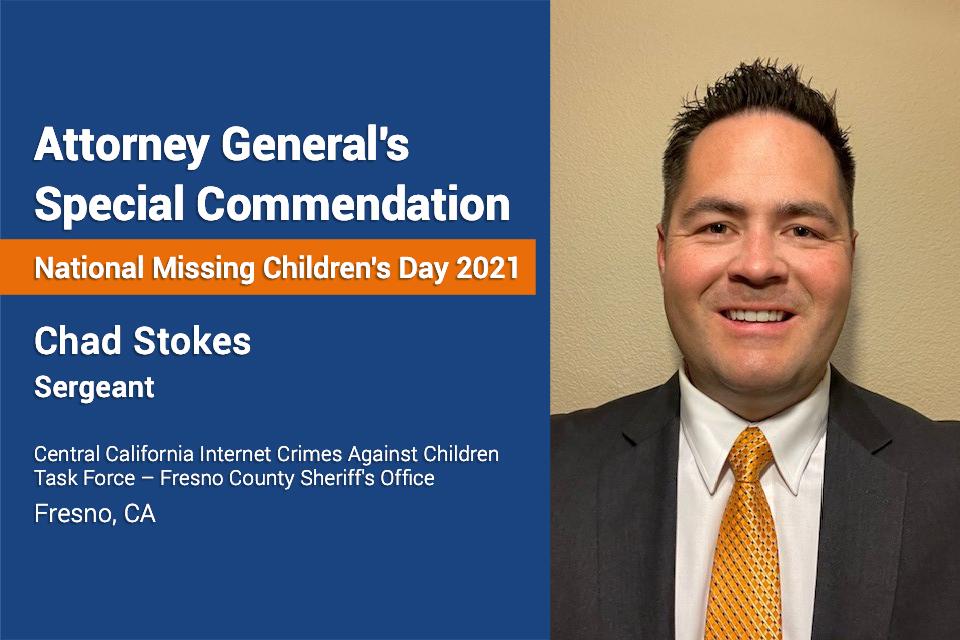 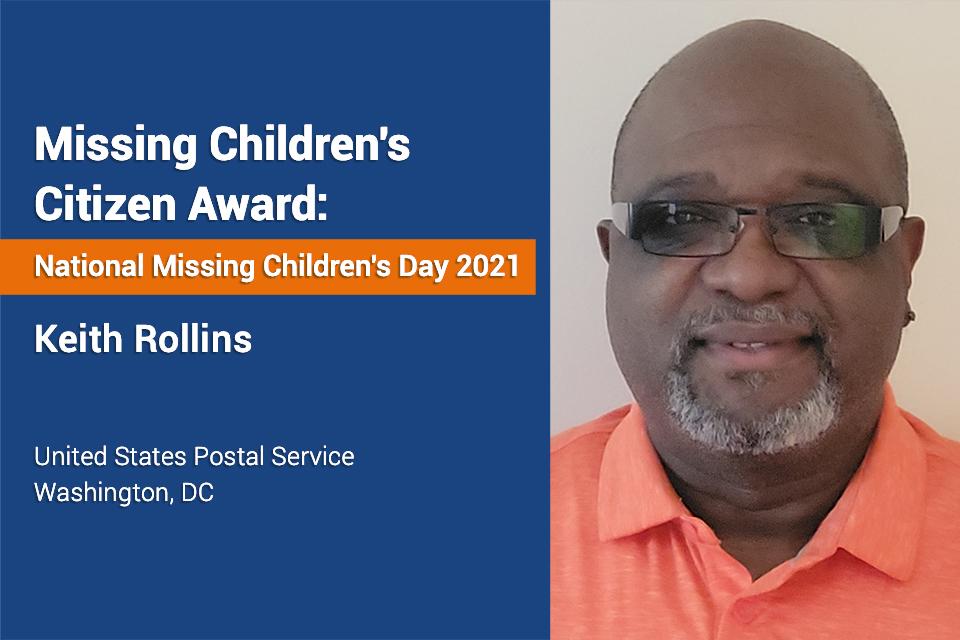 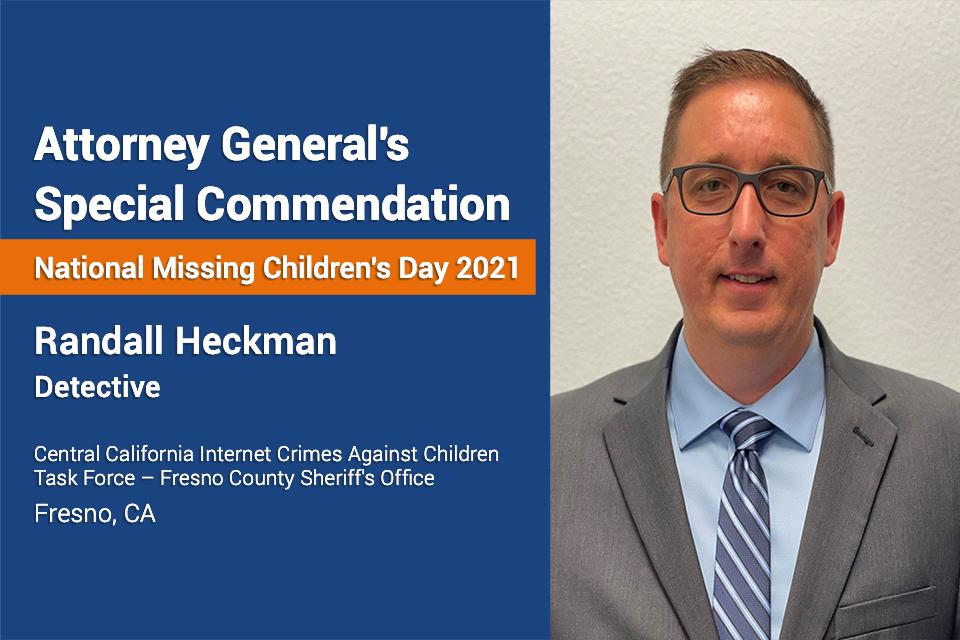 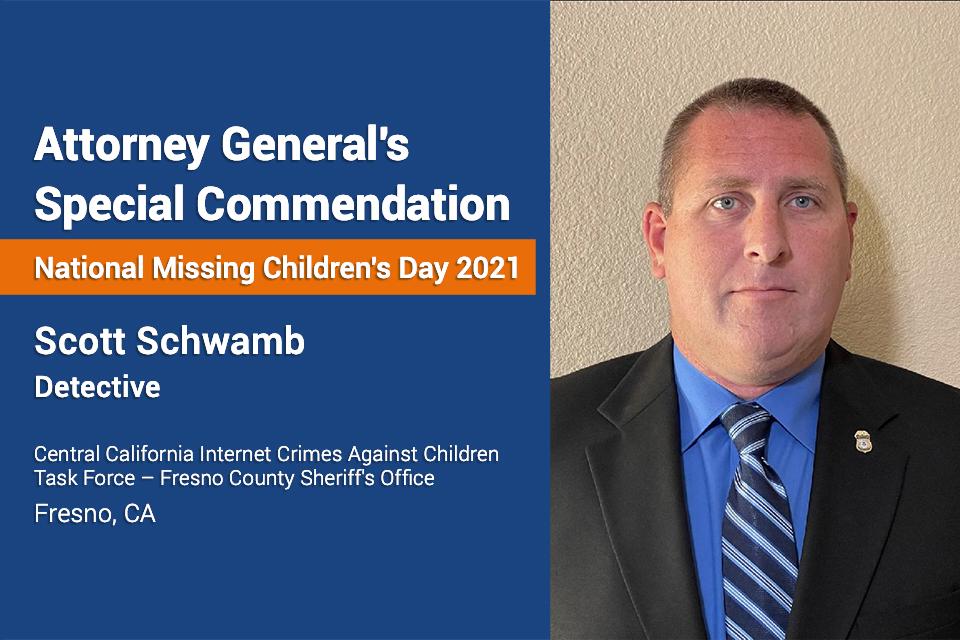 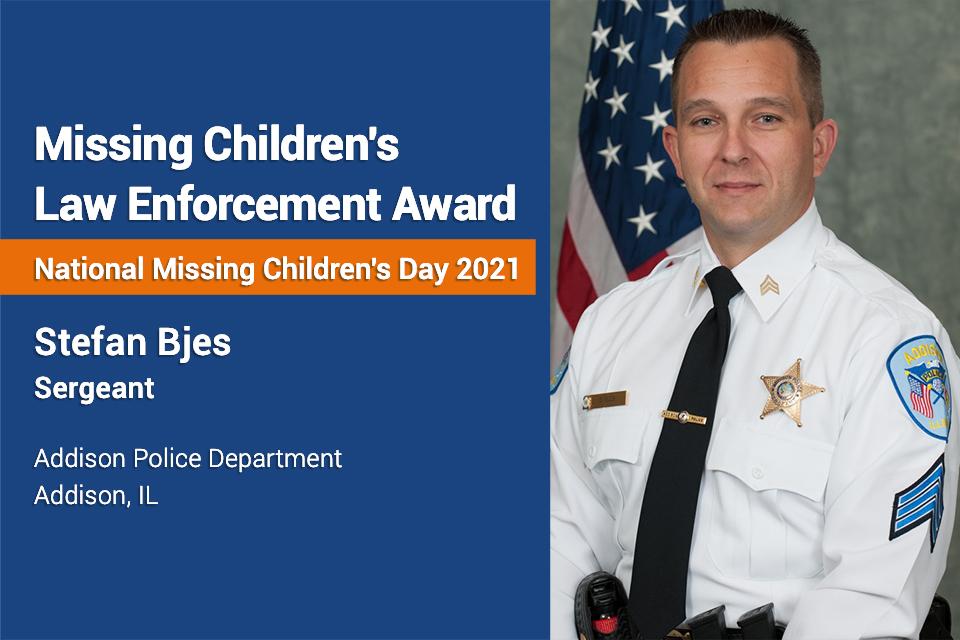 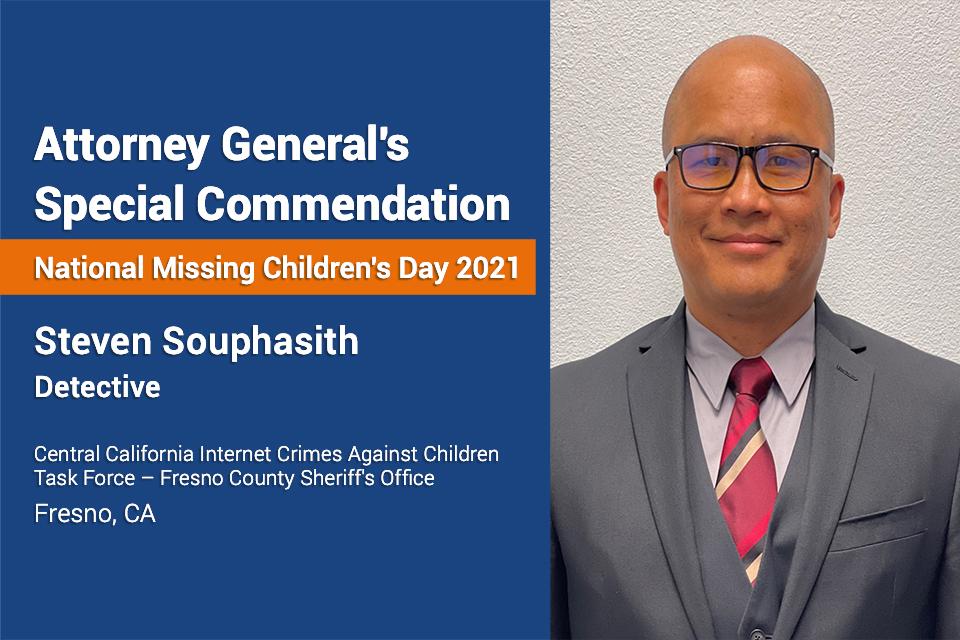 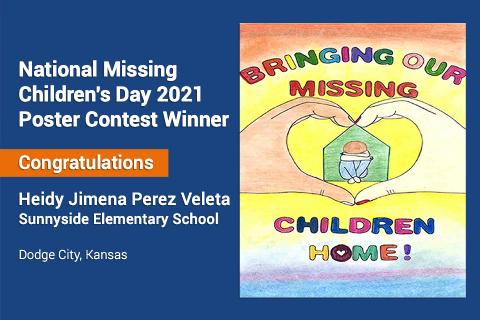