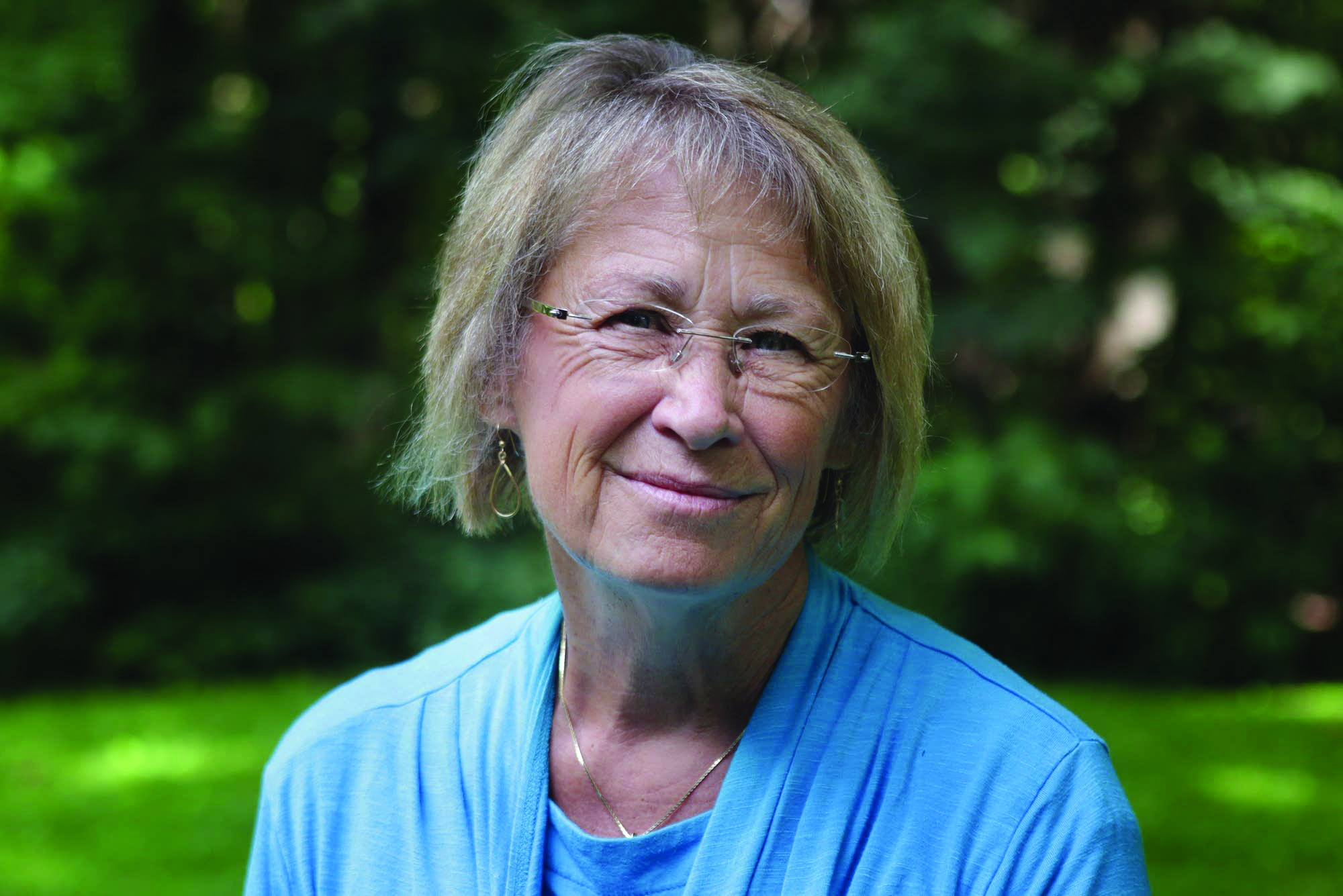 Patty Wetterling fought back tears while describing how she learned her son’s body had been found after nearly three decades of searching and hoping he was still alive. On October 22, 1989, her eleven-year old son Jacob was riding his bike when he was taken by a masked gunman in St. Cloud, Minnesota.

Wetterling shared her story with nearly 100 AMBER Alert Coordinators and Missing Person Clearinghouse Managers from the U.S., Canada and Mexico at the 2017 AMBER Alert Symposium held June 27-29, 2017, in Bloomington, Minnesota.

Wetterling was a stay-at-home mom when her son was abducted but soon became one of the nation’s fiercest advocates for missing and abducted children, all the while continuing to search tirelessly for her son. Soft-spoken, yet amazingly strong, Patty shared with symposium participants important lessons learned in the 27 years through which she and her family persevered in the search for Jacob.

Of the many lessons and insights shared, she explained how important it is to have a family spokesperson to talk to reporters, squelch rumors, keep the story alive and make sure all media outlets are treated fairly.

Wetterling emphasized that the victim’s family needs to be asked the hard questions from the beginning to help with the investigation and build trust for the long term. She added that a multi-jurisdictional task force is critical when a child is abducted, and officers should leave their egos at the door when working on the task force.

“There is a problem of silos in law enforcement,” said Wetterling. As she spoke about this issue and how law enforcement through training and preparedness, can overcome this dangerous barrier to swift and effective response in child abduction cases she emphasized, “It is not about you. It is about the child.”

On September 1, 2016, Danny James Heinrich led investigators to the burial site of Jacob Wetterling and admitted to sexually assaulting and killing him. “You search for 27 years and eight days and it was over,” said Wetterling. “I did not know where to go for what was next.”

Wetterling plans to continue talking to law enforcement groups and others involved with missing and abducted child cases to help increase understanding about these cases and improve preparation for effective response; all in an effort to make things better the next time a child is taken.

She said Elizabeth Smart, Jaycee Dugard, Ben Ownby and Shawn Hornbeck should give every parent hope their missing child may come home. “Never give up. Ever. You cannot give up on these cases,” said Wetterling.

James Walters, AMBER Alert Training and Technical Assistance Program (AATTAP) Administrator, welcomed new and familiar faces to the first AMBER Alert Symposium in five years. The symposium was presented by the U.S. Department of Justice, Office of Justice Programs, Office of Juvenile Justice and Delinquency Prevention, and the AMBER Alert Training and Technical Assistance Program in partnership with the National Center for Missing and Exploited Children (NCMEC).

Walters encouraged participants to take advantage of the more than 130 AATTAP classes that can be requested at no cost for customized delivery in their areas, as well as those training courses which can be completed online anytime 24/7. “There is no reason not to get AMBER Alert training,” said Walters. “We need to go forward. We cannot go backwards.”

Eileen Garry, Acting Administrator with OJJDP, remarked on the importance of coming together, noting the symposium was designed to bring key AMBER Alert program partners together to foster coordination and collaboration. “We really do rely on you, the boots on the ground, who eat and breathe this every day,” she said. “There is no issue stronger in my heart than the return of missing and abducted children.”

Dan Mills, NCMEC Training Program Manager, noted that 60 percent of all AMBER Alerts involve suspects who are family members. “Even though they are with a family member, this does not mean they are safe,” said Mills. “You never stop searching until the child comes home.”

NCMEC tracks all attempted abductions in the U.S. “A lot of abduction attempts are not successful on the first try,” said Mills. “We can look for trends and patterns when a child is missing.”

Mills explained that NCMEC offers a wealth of resources to help law enforcement, families and community members with missing and abducted child cases.

Updates were provided on the Integrated Public Alert and Warning System (IPAWS), the national warning system used to disseminate Wireless Emergency Alerts (WEA). On January 1, 2013, IPAWS began distributing AMBER Alerts to all cell phones in the geographical area of the abducted child.

In discussing the composition of these messages and how IPAWS and WEA support them, Lucero noted how vital license plate numbers and vehicle descriptions are for issuing AMBER Alerts. He also emphasized how training w

hich includes testing and operation of IPAWS and related systems will promote stronger readiness the next time a child is taken. “Test, train, exercise and make mistakes,” he said. 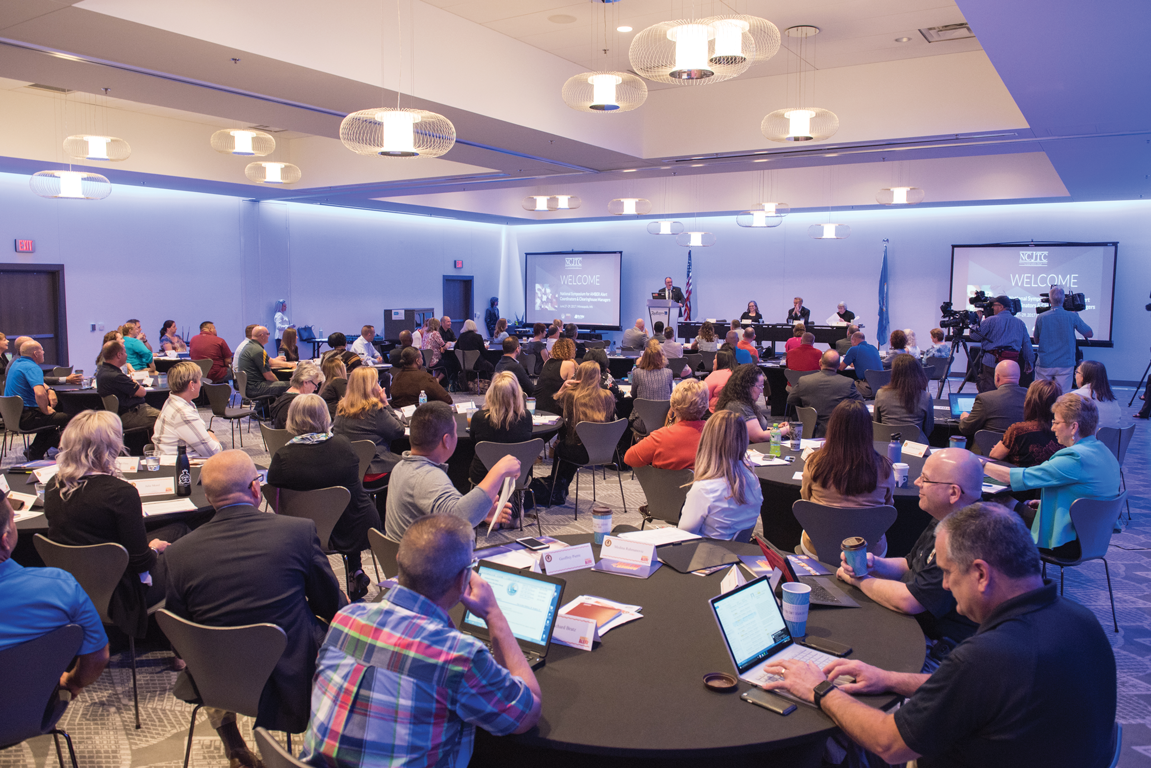 Drew Evans, Superintendent of the Minnesota Bureau of Criminal Apprehension, encouraged participants to review and refresh their AMBER Alert programs. “There is not one AMBER Alert call that I am not on pins and needles until l know what happened,” said Evans. “It is hard to make incremental changes. I urge you to make your programs better.”

Tracy Perzel, Assistant U.S. Attorney for the District of Minnesota, also challenged everyone to do more to bring children home safely. “Our job is to pursue those who hurt our children,” she said. “It says a lot about our country if we do not protect our children.”

“The AMBER Alert system is a crucial tool to quickly, loudly and wisely alert the public about the need for help. There is no other way to bring the power of observation from law enforcement and people going about their business,” noted Perzel.

Louisiana Missing Persons Clearinghouse Manager and AMBER Alert Coordinator Stacey Pearson summed up the symposium with these words: “The contacts we made these last three days and the relationships we have made will save more children.”